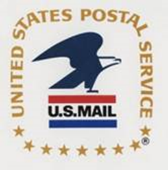 On July 26, 1775 Benjamin Franklin was appointed the first American Postmaster General by the Continental Congress. The first post offices established in Massachusetts were located in Boston, Ipswich, Marblehead, Newburyport, Salem, Springfield and Worcester.[1]  The establishment date of the post offices located in the original 13 states is considered to be July 26, 1775.  Before the Post Office Department issued postage stamps, letters were taken to a Post Office where the postmaster would note the postage in the upper right corner. “The postage was based on the number of sheets in the letter and the distance it would travel. Postage could be paid in advance by the writer, collected from the addressee on delivery, or paid partially in advance and partially upon delivery”.\[2]  On March 3, 1847 Congress authorized United States postage stamps. The first general issue postage stamps went on sale in New York City on July 1, 1847.   The five-cent stamp depicted Benjamin Franklin, and the ten-cent stamp depicted George Washington. Clerks would use scissors to cut the stamps from pre-gummed, n 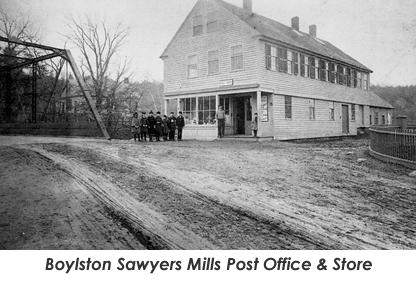 Until 1863, postage paid only for the delivery of mail from Post Office to Post Office. Citizens would pick up their mail at the Post Office, and in some cities, they could have mail delivered by paying an extra two-cent fee for letter delivery or use private delivery firms.  On July 1, 1863 free mail delivery was authorized in cities where income from local postage was more than sufficient to pay all expenses for the service.  In rural America, free mail delivery was not available until 1896.  Rural mail delivery began as an experiment out of three post offices in West Virginia.  It became so popular that within a year 44 routes in 29 states were established, and became permanent in 1902.[4]  “The number of rural carriers climbed from fewer than 500 carriers in 1899 to more than 32,000 carriers in 1905.  As a rule, rural carriers have always delivered mail to their customers once a day, six days a week”.[5]\

From 1836 to 1970 postmasters in smaller towns were appointed by the Postmaster General, based on the recommendations of local congressman or townspeople. “Regulations required that postmasters execute a valid bond and take an oath of office. Minors were ineligible, and U.S. citizenship was required for appointment to all but the smallest Post Offices.  Prior to 1971, it was also required that postmasters live in the delivery area of their Post Office.  Since 1971, postmasters have been selected through the merit system.”[6] Women have served as postmaster in the United States since the Revolutionary War, their official title has always been “postmaster”.[7]   The establishment date of a post office is usually the appointment date of its first postmaster. The date of his or her first day in office was typically delayed by up to two-months after the appointment.[8] 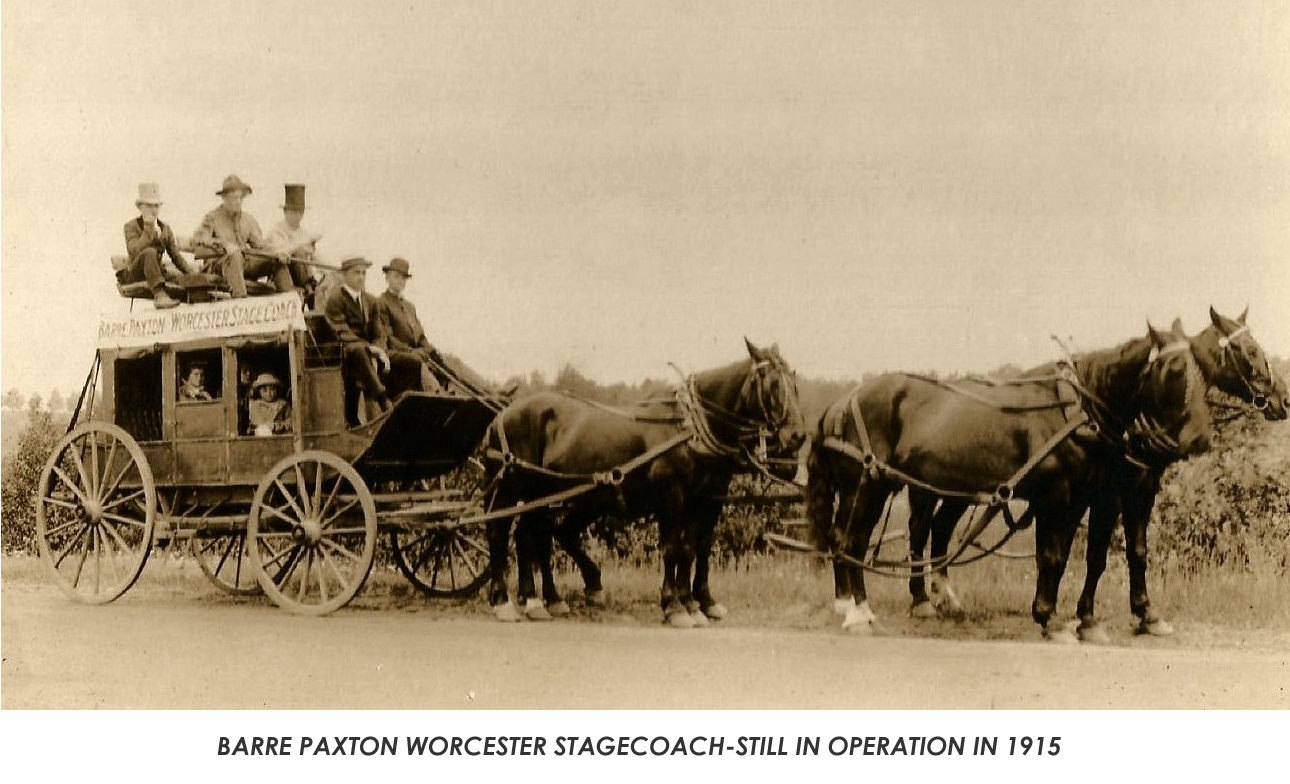 Since early settlement of Boylston, Massachusetts had been most prominent in the Sawyer’s Mills section of town, the Federal Government placed the Postal Service of Boylston in the Sawyer’s Mills area to best serve the people.  Established in 1825, it was first served by Postmaster Hezekiah Gibbs, the son-in-law of Aaron Sawyer. He served in this capacity for 3 years.   Gibbs owned and operated the store in Sawyer’s Mills after the death of Aaron Sawyer.  This post office served the entire population of Boylston exclusively until 1850 when a second post office was opened in the center of Boylston.

A stagecoach line was est 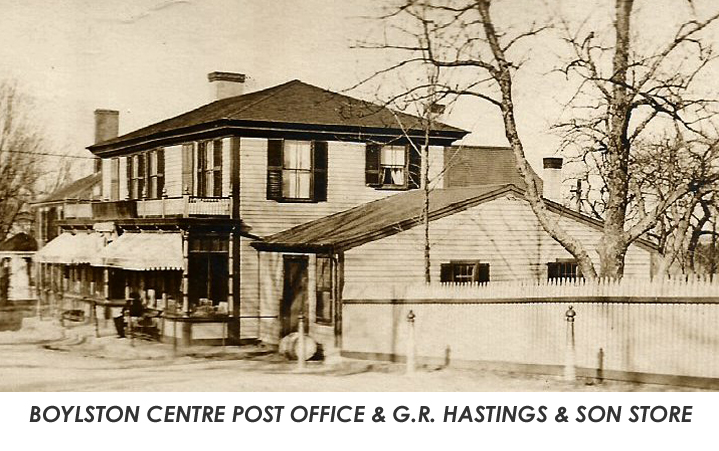 ablished serving dual purposes of transporting travelers and delivering the mail once per week via West Boylston or Clinton. The “mail-stage” was a sight to see in the early days when men would travel miles to see the stage driven by horse arrive with the mail from Boston. The stagecoach line, made possible by the building of the Boston Post Road, went between New Braintree, Barre and Boston by way of Holden, West Boylston, Sawyer’s Mills, Berlin, Feltonville (Hudson) and Sudbury.  In 1890, the Lancaster Mills Company built a new village store which would then house the Boylston-Sawyer’s Mills Post Office until it closed its doors on January 15, 1903 with the building of the Wachusett Reservoir. 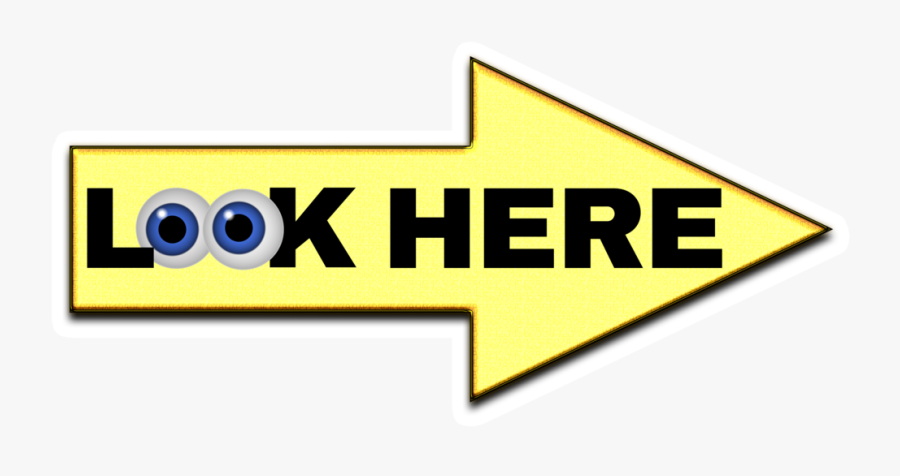