A recent acquisition to our French family collection has come to us from Virginia French Helton as a beautiful wax fruit arrangement under a glass dome.  This particular arrangement dates back to Victorian times and was a part of her great aunt Esther’s (Mrs. Calvin Andrews) parlor decorations.  The Andrews family lived and owned the ‘brick tavern’ on Boylston’s Main Street.  It was there where it once was in view in the parlor.  It was passed down to the descendants through the French family.

The Victorian era showed a particular fondness to have waxed fruit on display and became a popular form of the household decorative arts, something of beauty and color that could be proudly shown in the dining room, parlor or sitting room; though natural displays were common as far back as colonial times, and farther back waxed fruit was also found in the tombs of the Pharaohs .[1],[2] Pharaohs were always buried with items from life and with beautiful goods from their royal household.

Some waxed fruit was made by dipping real fruit into silicone to create a mold.  Paraffin was then poured into the mold and when it hardened It was trimmed, polished and air brush painted.  Since the ladies had been using paraffin to make candles for ages, they became particularly adept at creating these beautifully waxed fruit displays as artful creations.  The waxed fruit of the Victorian era was often held together as a ‘tree’ of wired fruit and was piled on a wooden base and topped with a glass dome for protection and viewing.[3] The recent item we now have was designed in that manner and placed in a basket. They were also exhibited in open baskets or bowls.

It is thought that originally plaster molds were poured around live fruit and when dried, it was cut in two and the fruit removed.  Molten wax was then poured into the two-part mold and once dried the mold was shaken and then opened; a hollow fruit likeness was then obtained which was subsequently painted.  Great skill was used to get the coloring and texturing as near perfect as possible so the resulting article would look good enough to eat.[4]

It was said that a presentation of this kind could be a symbol of loss, the fruit once ripe and colorful, now preserved as a memory, just as one who has lost a loved one preserves beautiful memories of the one who has passed on; thus, a mourning tribute.

“Victorian Mourning Rituals” (1837-1900) required the mourning dress of women to be black from head to toe, bonnet, dress, gloves and shoes .[5]  This was to be observed for three months upon the loss of a parent; the loss of a spouse required one to dress accordingly for two years.  One was expected to avoid social gatherings and as a sign to neighbors, black wreaths of silk and wax flowers were hung on the door as a symbol of loss. Mirrors and doors to the home would be draped in black.

Wax fruit remained a popular decoration until the 1900s when plastic fruit took its place, but waxing fruit for preservation is still in use, though not for decoration, but as a safe way to extend the fruit’s life with a light layer of edible wax, sometimes beeswax.[6]

The lovely domed fruit from the French family is currently on display in our museum.  Later this year we are planning a special French Family Exhibition of their many donations that we have in our collection.  Make an appointment to see the many artifacts in the collection.  For appointments and upcoming exhibitions, see the Historical Society website:  www.boylstonhistory.org. 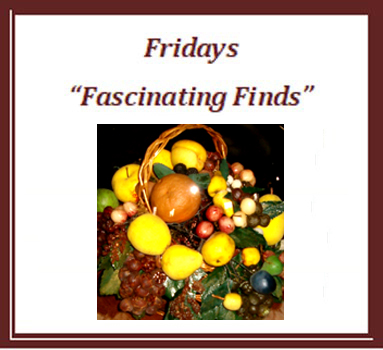 [1] www.tctimes.com>wax-fruits was – a Victorian decoration