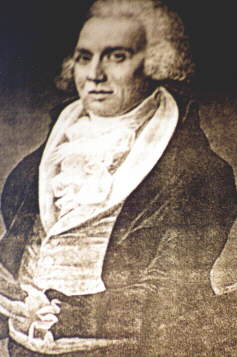 When the members of the newly gathered Second Parish of Shrewsbury (now Boylston) voted in 1743 to hire young Ebenezer Morse as their first minister, they could not have known how profoundly their lives and his would become intertwined.

Morse was a brilliant Harvard scholar who studied law in Worcester, was extremely well read in medicine and became the spiritual leader of a group of fiercely independent men and women. He was a fighter who demanded justice for himself, even if it meant calling a member of his flock a "sorry puppy." He once physically assaulted another who disagreed with his politics. At the same time, he was the most compassionate of men. He even cared for the sick at the risk of his own welfare. He took in an orphan, counseled the troubled, and brought legal sanity to ministerial conferences.

He was a Royalist who could not accept the brand of democracy that Massachusetts rebels wanted for the colonies and so he opposed them even from his pulpit. For this, Reverend Morse was branded an "enemy" and was stripped of his pastorate.

He never ceased to proclaim the injustice of his removal and continued to minister to the spiritual and physical needs of all, including his enemies.

"A Sword in MY Hand" is a definitive biography of this maligned 18th Century minister written by author William O. Dupuis after ten years of painstaking research. It makes for great reading with insights into the minds and hearts of Revolutionary America.